Home to a bunch of fat assed ignorant racist voters.

HUNTINGTON, W.Va. – As a portly woman plodded ahead of him on the sidewalk, the obese mayor of America's fattest and unhealthiest city explained why health is not a big local issue.

"It doesn't come up," said David Felinton, 5-foot-9 and 233 pounds, as he walked toward City Hall one recent morning. "We've got a lot of economic challenges here in Huntington. That's usually the focus."

Huntington's economy has withered, its poverty rate is worse than the national average, and vagrants haunt a downtown riverfront park. But this city's financial woes are not nearly as bad as its health.

Nearly half the adults in Huntington's five-county metropolitan area are obese — an astounding percentage, far bigger than the national average in a country with a well-known weight problem.

Huntington leads in a half-dozen other illness measures, too, including heart disease and diabetes. It's even tops in the percentage of elderly people who have lost all their teeth (half of them have).

It's a sad situation, and a potential harbinger of what will happen to other U.S. communities, said Ken Thorpe, an Emory University health policy professor who is working with West Virginia officials on health reform legislation. 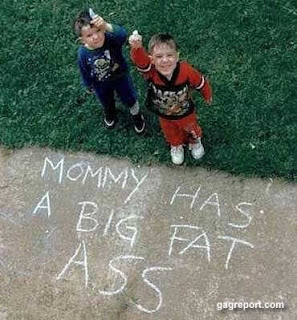 Posted by SagaciousHillbilly at 2:22 PM

We are going the way of the Romans, the whole country.

Rainy, Such is the fate of empires.

sagacious: Where is the leadership on health issues? Who's screaming about this?

Daddy, Leadership in WV?! They're all a bunch of fat ass kingfish wannabes. I could post pictures of the wV leadership and you'd understand. It's hard to be an advocate for good health when you're a puffy red faced out-of-breath bozo.

I will give WVians this: They've been used and abused by the out-of-state corporate hogs and then when they're used up in their late 390s or early 40s with bad backs, worn out shoulders, black lung, asbestosis, etc., they're thrown out without even a kiss at which point they begin collecting worker's comp. Then the corpo-fascists bitch because we have such a large population on worker's comp.